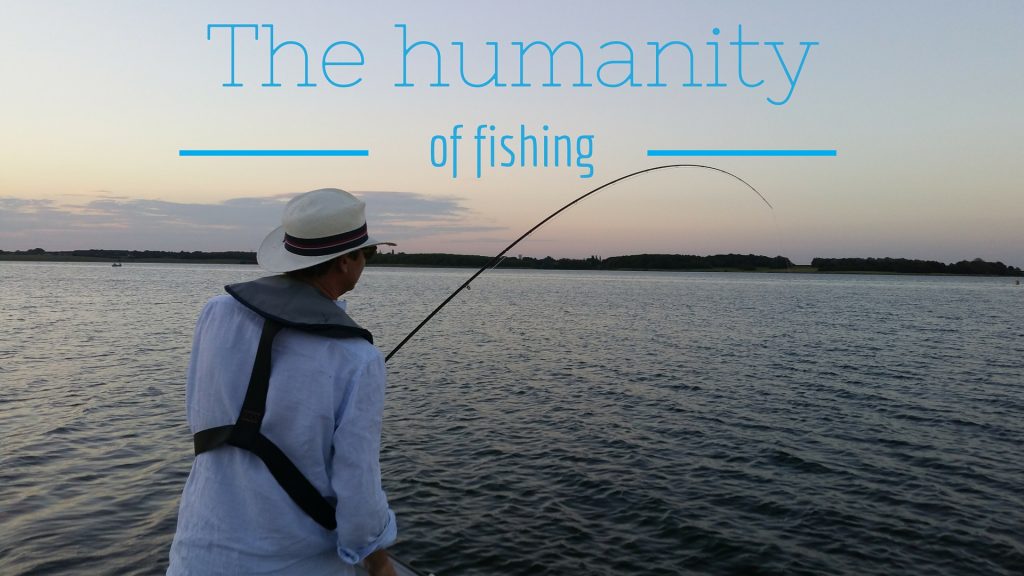 Fishing’s ability to connect us to our past

Last week I realised an ambition that I hadn’t known I had until I had done it. In doing so, I had a bit of a revelation – for all our protestations that fishing is all about connecting with nature and getting away from it all, it is, at heart, an essentially human endeavour. If all that sounds a bit perverse, let me explain.

I come from a long line of fly fishermen. My great-grandfather taught my father, who subsequently taught his own father, and then my Mum, and eventually me and my siblings. My dad grew up in Hampshire and Wiltshire, in the south of England, surrounded by the finest chalk stream fishing in the world. “If I hadn’t caught 100 trout by the end of July I’d had a bad start to the season,” he told me. His family holidayed in Scotland, where he and his grandfather targeted salmon and seatrout in the rivers, and brownies in the lochs.

For some reason, my brothers and I never really picked up his fishing habit. Maybe family life prevented him from devoting the hours to trout that he had in younger days, and his reports of bleak, rain-soaked and above all fish-less salmon trips to Scotland somehow failed to spark our imaginations.

But that all changed a few years ago when he had the opportunity to take the whole family on one of these trips – something he may now be regretting, as we all caught the bug. Now, through the combination of luck and social media, I find myself working in the fishing industry with the grand total of 5 weeks of salmon fishing and half a morning of bottom jigging for tuna to call my ‘practical experience’.

As of last Tuesday I can add an evening of trout fishing on a reservoir to that dazzling fishing CV. When Fishing TV’s Commercial Director Ed, raised the suggestion that we make a detour to Grafham Water on our return to London after a meeting I hastily arranged the loan of a suitable rod from my Dad. I spent the next few evenings bewildering the natives of Deptford, east London, with my suspect casting practice. The experts will tell you that before learning to Spey, one should learn to overhead cast. Of course, I’ve done things the other way around, and it shows.

When the day came it was blisteringly hot, the hottest of the year, and when he inspected my great-granddaddy’s 11ft Hardy de Luxe, with its unusual spiked butt-handle (“Don’t lose that – I’m rather attached to it.” – Dad) Ed, was less than encouraging. “Good luck!” was his sarcastic comment.

As I’m sure is the case with most novice angers, I didn’t expect to catch anything. My main aim was to avoid making myself look like a fool in front of Ed, either by hooking him in the back of the head or falling out of the boat. So it was to my startled delight when I felt the line tighten and struck into my first ever trout, which came to the net after a short but hard fight. Later on a second, bigger fish took my fly and added insult to a still fish-less Ed’s injury.

Because the fish had come as a total surprise, it was only on my way home, sitting on the London Underground with my catch, getting peculiar looks from the late-night commuters, that I realised I had done something rather momentous. Catching a fish on the rod of a relative who had died decades before I was even born, and, what was more, the very relative who was directly responsible for my new found passion for fishing, had a pleasing symmetry to it. To begin with, I focussed on the fact that it was his rod that I had used, but later I realised that that missed the point, only proving, if anything, that you don’t need a modern rod to catch fish.

Most anglers were introduced by a family member, so I shouldn’t think it was all that rare a thing to happen – catching a fish on a great-grandfather’s rod – but suddenly I felt history stretching out behind me, yet at the same time shrinking. My great-grandfather, a man who’s son died before I was born, held that same rod, felt the same thrill as he felt the fish take, the same sense of achievement at bringing it to the net.

The rapid changes in rod and tackle technology, from graphene blanks and goretex waders to fishfinder apps, may make our sport look very different from that practiced by our (great-) grandfathers, but the essence is the same. A good angler still needs watercraft, skilful presentation, understanding of the quarry’s habits, and yes, blind luck too. Hey, one out of four isn’t bad…

And every angler, from those unmet, unknown figures from our family histories through to contemporary sportsmen, feels the same connection to the fish they catch. I may never have met the man, but my great-grandfather and I are connected across the decades by these shared emotions, and a shared love of a sport that in essence hasn’t changed since his great-grandfather’s day.

The author’s father grins as he shows of his son’s second ever salmon, which he had netted. Look at that happy face.

When we go fishing we are continuing a tradition that stretches back centuries, and can, for a moment, feel something that our ancestors felt. We often talk about fishing in order to get back to nature, but for me, sometimes, it is about getting back to humanity, and remembering who I am and where I come from.

At Fishing TV we value the history of fishing as much as we look to its future. We’re a 21st Century idea, but we know that anglers throughout time have been innovators and experimenters too. That’s why we are more than a library of fishing videos – there’s YouTube for that. That’s why we actively seek out the most unusual, innovative and surprising fishing TV shows and films as well as the common or garden ‘how to’ TV shows.

We understand that fishing is as much about the people as the fish, so we bring you stories about those characters. People like Chris Yates, whose series ‘The World According to Chris Yates’ is a story of a life spent on the riverbank. Films like Stepping into the Stream, which looks at the role fly fishing has played in the lives of a group of women from the USA, or The Brothers Brown, which examines the bond forged between three brothers as they fish their local waters.

One thing that we hope to achieve is to bring the whole of the fishing world to anglers’ attention by sharing these stories with you. You may be a spin fisher, but we’re sure you’ll identify with Tom Maker as he tries to bag his first 40lb carp in Carp up Close, and we know that What We Fish For, in whihc we meet a man who fishes because he was inspired by Ernest Hemmingway, will speak to anglers of all stripes. And who can fail to smile at the antics of the guys on the Scorpion Reef expedition? Check them out, otherwise I’ve told the story of how I caught two fish while my boss got skunked, and it was all for nothing.