If you haven’t heard of Lunkerville, then where have you been for the past 15 years?  Host Michael de Avila (aka “Mike D”) created the award-winning fishing show back in 2004, which airs on major US networks like CBS Sports, Discovery, NBC Sports and PBS.  The series follows Mike D around the US and Canada where he meets local expert anglers who show Mike the best fishing they can.  Lunkerville isn’t like other fishing shows, it’s not about catching the most or biggest fish.  Mike meets local people who share their singular stories and there’s more than a few laughs to be had on Lunkerville, the show that stars real people with real fish stories. 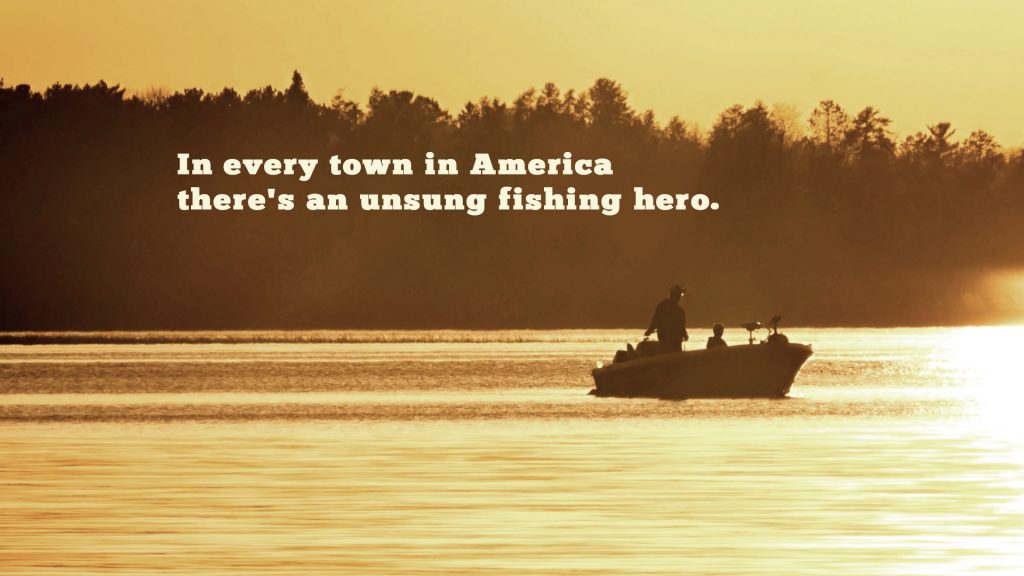 Hi Mike and welcome to Fishing TV. When you created the show 15 years ago, did you ever think it would be such a phenomenon and last this long?

Thanks for having me Ed.  I really had no clue the show would take off the way it did.  It all started when I joined an internet discussion group called NYBASS.com to learn how to fish and to meet other anglers.  But I wasn’t just interested in the process of fishing, I wanted to learn about the folks I fished with and why they were so passionate about the sport and the outdoors.  As a filmmaker by trade, I began making short films of my excursions, which led to a TV series concept and ultimately a pilot episode. The rest, as they say, is history.  Lunkerville is now my career and I absolutely love it. 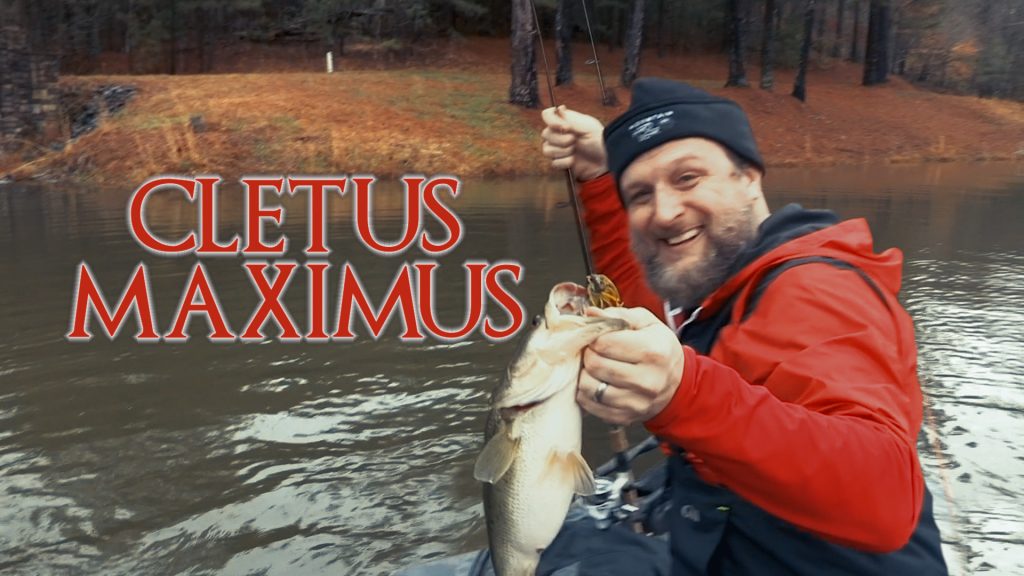 The concept of the show is that you meet local expert anglers who show you how to catch fish in their honey holes, right? Surely, you’re an expert angler yourself by now?

Aha! Busted! That’s a question I get a lot. I think of myself as a fishing enthusiast and filmmaker who’s in a perpetual state of curiosity and wonder.  Of course I know how to fish, some may call me an expert, but I purposely don’t give tips or advice on the show because I want my guest to be the hero. I want that advice to be organic and real, and not come from a TV host pitching sponsor products.  On Lunkerville, we don’t just offer tips on how to fish, we dig deeper and show the emotionally positive and healthy aspects of spending time outdoors.  In these days of uncomfortable social division, fast-moving technology and information overload of what’s going on in the world, I’m on a mission to show just how important it is to get together and go outside, have some fun and talk with each other.  Hopefully, we’ll lure a few non-anglers to the sport in the process.  Fishing happens to be a very accessible and personally rewarding activity that can be practiced alone or with friends and family. 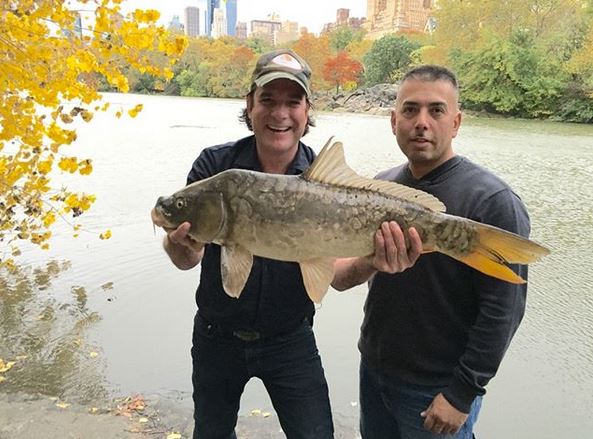 How did you get into fishing Mike and was it love at first bite?

I lived in suburban Washington D.C. and none of my friends fished.  But a new kid from Florida moved in next door when I was in 4th grade and he’d take me fishing on a local pond.  It was so exciting and fun trekking through the neighborhood at 5am and creating our own fishing adventures.  Tim moved back to Florida in 6th grade and when he left, I stopped fishing.  I didn’t fish again until my mid-30’s — that’s when I officially caught the bug.  As an adult living and working in New York City, there was something profound and wonderful about re-discovering the outdoors.  I felt like a kid again, I didn’t want to let go of that feeling.  And you know what?  I haven’t.  I re-live it every time I go fishing. 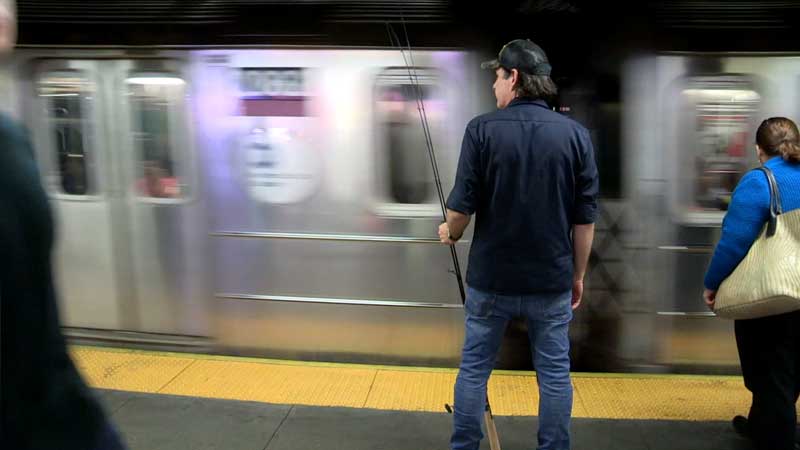 What do you think it is about bass fishing that US anglers love so much?

There’s so much to love about black bass.  First, they’re beautiful.  And they fight hard. The way they leap out of the water to try to shake the hook is awesome.  They’re also a keystone species for fresh water habitats and so are abundant and can get very big and dominate almost every body of fresh water in the USA.  Plus there are different types that act differently: largemouth, smallmouth, spotted, butterball. 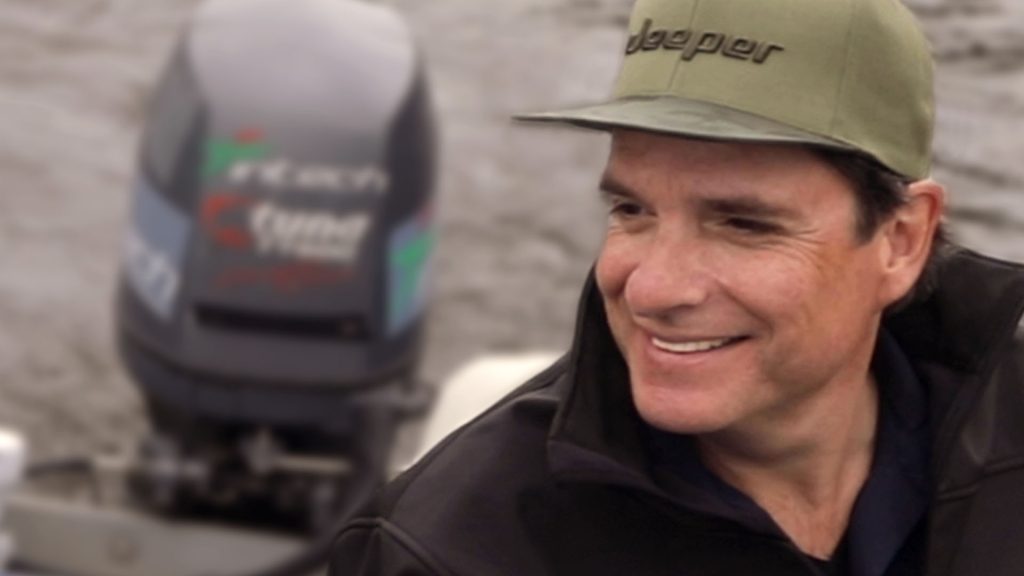 What’s the best bass you’ve caught on the show?

It matters what you mean by “best”.  To me, the best is the most memorable fish, not the biggest.  My most memorable was the first fish I ever caught on the show…under a big tree in Manhattan’s Central Park, I caught a ginormous largemouth bass on my second cast.  It was huge, my biggest to date, probably close to 6 pounds!  Back then, I didn’t even have a TV show, I was just experimenting with the idea.  But that catch was a sign to me that I was meant to fish.  The rush I felt was something I just had to experience again.  I had discovered a new passion. 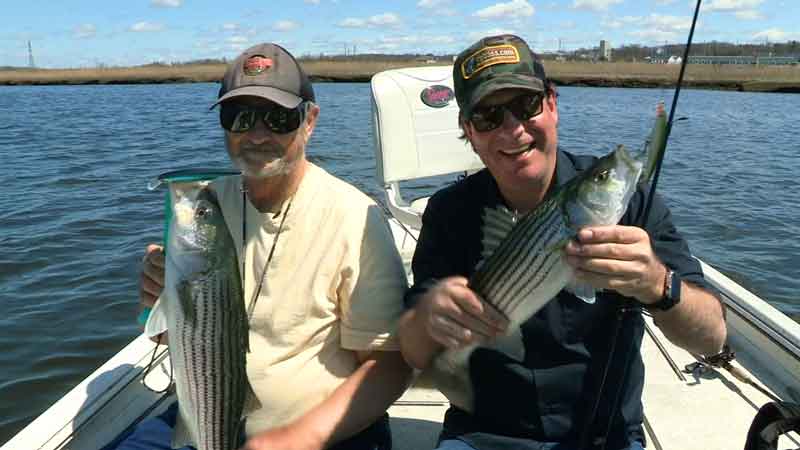 What’s your all time favourite episode?

No doubt it was the last episode of this season, which is actually a pilot for an international version of Lunkerville.  I thought it might be a challenge to carry over the “real people, real fish stories” theme given the cultural and language barriers, so we went for the all-in challenge and filmed in one of the most unlikely places on earth: Chernobyl, Ukraine.  And in filming there, in this new experience, we found our story-telling task to be easy — the story naturally found us.  This proves that no matter where you live, a love for the outdoors and the importance it has on people’s lives is universal.

What can viewers expect in this latest season of Lunkerville that’s now on Fishing TV?

Not only will you get to watch our first international show in Chernobyl, Ukraine but as always, we travel throughout America to find those unsung heroes, everyday folks who have a real passion for fishing.  Local fishing legends like “Cletus Maximus Baratheon III” from Buford, Georgia, and “The Grubbz” in New Hampshire, where we ice fish and barbeque steaks!  Japanese ex-pats and tournament bass fisher-couple “The Junkman and Mrs. Ota” show us how fishing helped them be a better couple.  And lots more adventures including spring bass fishing with “The Fishin’ Musician” in The Adirondacks in upstate New York!  It’s a great season with a lot of interesting folks. 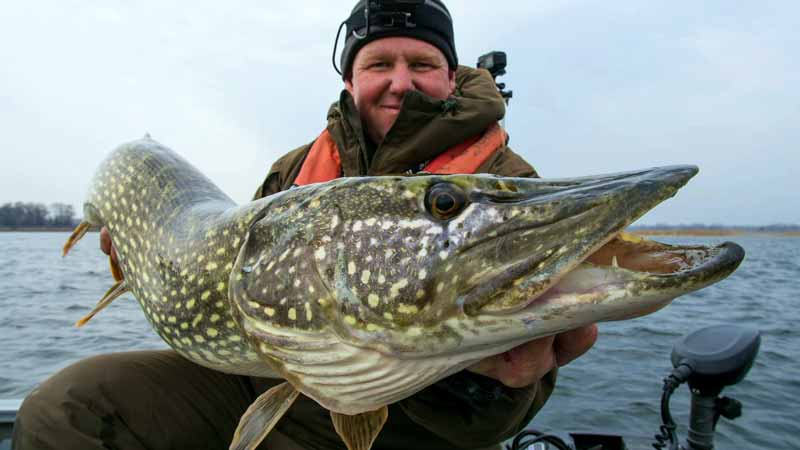