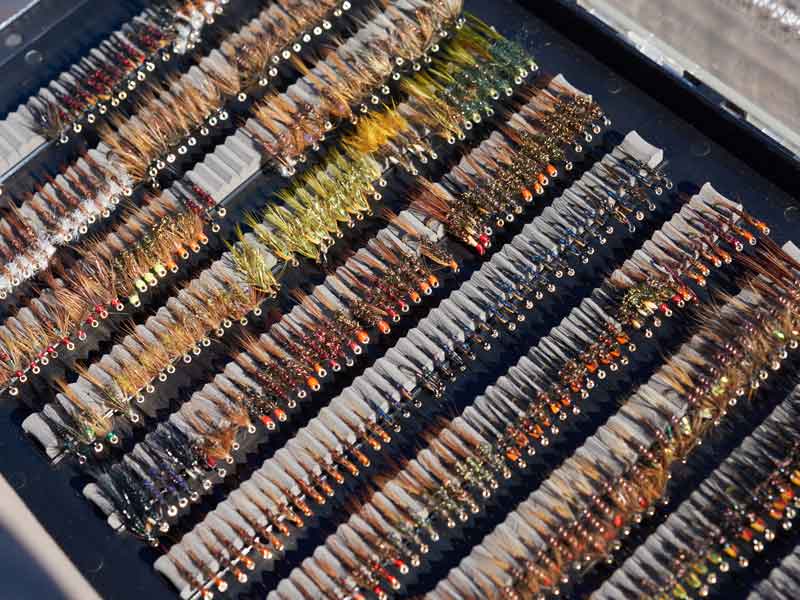 Fly fishing is a passion, a true lifestyle choice, once you try it and have a little modicum of success, there’s an old saying, you’re ‘hooked for life’!
To make the most of this awesome sport you need to be sure that the little amount of fur and feather on the end of the line appeals to your quarry!
So to make life a little easier for you guys here are our Top 10 Fishing Flies You Cannot Live Without!

This simple little pattern is one that has found favour the whole world over, and rightly so. Its basic construction is such that almost anyone can tie it, one feather, some dubbing a little copper wire and it’s done! Even more appealing is the fact that this little pattern, unlike many fishing flies pretty much covers all the aquatic insects that fish are likely to eat!

Fish, like many of life’s wonderful creatures, have a real lust for meat, and often, most species will happily chow down on other fish! One of the best patterns for targeting these fish-eating-fish is the good old Wooly Bugger. It’s a fly that actually looks nothing like a fish, it’s often tied in black, brown or olive, but due to the materials used, long marabou tail, chenille body and bushy body hackle, it behaves in an enticing manner, often triggering an aggressive reaction which results in positive hook ups!

Well now, here’s a little controversy the Squirmy! This thing is causing quite stir within the fly fishing community. The big debate being is it indeed part of the fishing flies family? It’s been described as bait by many, an artificial bait that tricks the fish into taking what they think is a worm. But wait a minute, isn’t that what we do, trick the fish into taking a food item, dry fly and nymphs are fine right, but not Squirmies?

• It represents food, Check!
• It is tied using various materials by attaching onto a hook, Check!
• It is presented in such a way as to make it look and behave like the real thing, Check!

Yup, it’s fly fishing okay and fair game as far as I am concerned!

Invented by Hans Van Klinken this cheeky little number is designed to imitate the hatching phase of many insects that we find in our waterways.
It’s design means that the hackle, tied at the bottom of the post, will allow the body to sit subsurface, looking like something in the process of hatching!
Neat and very, very effective!

Here’s something that, like the PTN, is known the world over, and rightly as it’s a devastating fly. Again, the premise on something quick and easy to tie but creating an end-product that looks like FOOD!
This little number can represent everything from Shrimp/Scuds and Hog Louse through to Caddis and Corixa. The key to the Hare’s Ear’s success is its practicality and versatility! 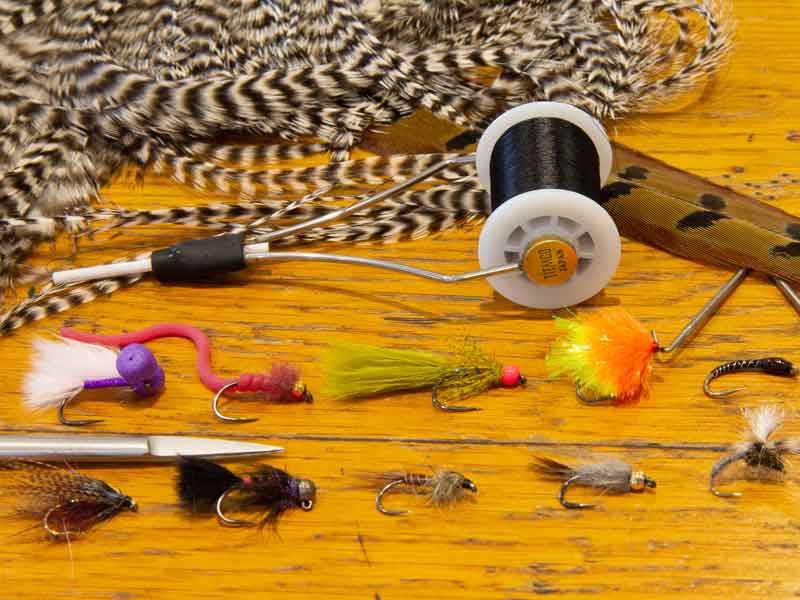 Once we start get a certain amount of sunshine and the temperatures rise as we move on into summer, the damsel flies appear, and in great numbers too.
Often the best way to target fish feeding on these flies is to go with a Damsel Nymph, a fly that represent the nymphal stage of the blue adult we see fly about.
The trout gorge on the nymphs, and so fishing one is a no-brainer! The olive marabou tail gives life and movement to this stunning little fly.

The most prevalent food source in all our water ways is the buzzer or midge. This tiny creature makes up most of our freshwater fish’s diet.
The pupa is easy to replicate, the skinny little fly can be mimicked with no more than some thread on a hook that’s been ribbed with some thin wire.
Don’t get us wrong we can embellish with this pattern; some the UK versions are pretty spectacular but they all pretty much do the same job!
These fishing flies should be presented static or with a very slow retrieve for the very best results!

First of all, great name right! The name comes from the fact that if you look at the fly head on, it bears an uncanny resemblance to  a very prominent ladies’ chest, or to be more frank, if a little childish, Boobies! They are simple to create but the serve a very specific purpose, buoyancy!

• Being buoyant you can fish them on fast sinking lines and they stay up off the lakebed.
• The large eyes create a noisy disturbance as they are pulled through the water.
• By placing one on the point position of a team of flies it allows the patterns on the droppers to fish effectively any where in the water column

This fly is one that works well on wild trout on some of the larger lakes and loughs that we anglers frequent.
It’s is designed to imitate many food items and by tailoring the materials used in its construction it can be adapted to suit any water.
This is a great pattern for loch style fishing, it’s ideal when fishing from a drifting boat, for pulling through the waves when there’s a bit of wind in the water. The sloped back wing of the mallard provides a great silhouette and profile when seen from below by a chasing fish.

Unlike anything else that’s out there, the Blob has completely changed stillwater fishing here in the UK, and it looks set to do the same the world over!
Basically, a load of Fritz or chenille is lashed to wide gape hook and that’s that. It looks like a Blob.
You may add a tail if you wish but it seems pointless. The fly, although it looks like nothing n earth has proved that it’s one of the most effective catchers of rainbow trout, in fact, dare we say it, it is the best!
The fish go nuts for this fly, popular colours are orange and back but experimenting with various colours is often worth punt to. It can fished back fast or indeed fished back slow, for a whatever reason it seems to work its magic no matter where it’s used or indeed how it is presented!

This post about fishing flies was written by Steve Cullen, an expert fly angler and fly tier from the UK who also presents our Essential Skills Series.