New Emmy Nominated series, Hoss Off the Grid has just landed on Fishing TV so we thought we’d have a talk with Jon Haas, aka Hoss and find out a bit more about the show and what makes him tick.

Congratulations on this first series of Hoss Off The Grid. How did the idea come about to launch your own fishing show?

Thank you. I was lucky enough to be able to travel the world, as part of my old job, and as such I always travelled with a fly rod by my side. I have had opportunities to fish some incredible fisheries and to catch some amazing fish over the years. Like many folk who spend time working in a cubicle, I spent a lot of time dreaming of making my job into something that would take me outdoors and onto the water. I reached an inflection point in my life after I retired from that job. I decided to take time out of my life to focus on fighting for the fish- especially fish that I knew from my travels were in peril. I decided to use a Television show as a medium to tell the stories of these fish and to show the world what was happening to them. 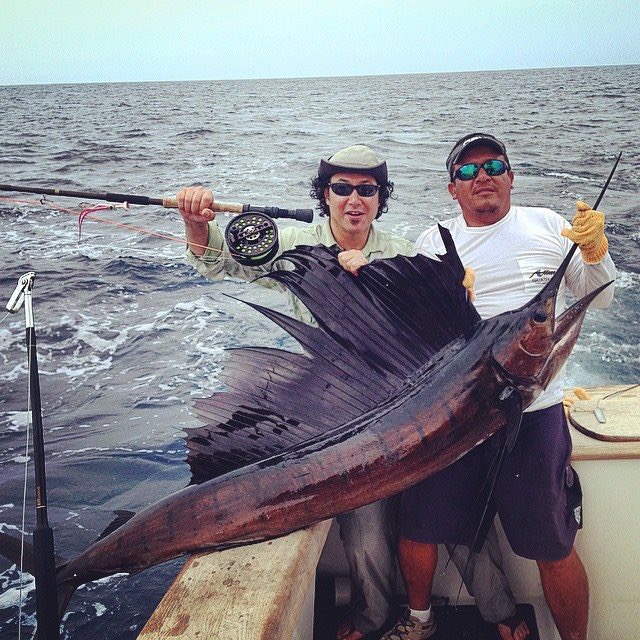 Conservation and sustainable fishing is a key element of your show, do you think people are finally getting the message that our wild fish populations need help?

I believe they are, as do many folks whom I meet who have seen the show. My viewers, like me, believe that the message of the show- stewardship, is critical. I don’t know many fishermen or women who can currently say their fisheries continue to improve year after year – and that’s a problem, especially for the next generation of fishermen. If we can’t protect our native and indigenous fish then we haven’t protected the rights of current and future anglers to experience something that cannot be replaced once it’s gone. I’ve experienced magical moments on the water fishing, and I’d hate to think that these experiences may be lost, going forward, for the next generation of anglers. We also post some of the Eco-Moments from the show on public platforms so as to provide evidence for others on the front line, also making similar arguments on behalf of the fish. Some of those media platforms have received 50-100K views in very short periods of time. I think that’s a big indicator that folks are getting the message of responsibility and stewardship. To quote one of my fishing buddies who also works to advocate for the fish, “Apathy is the biggest threat to our fisheries”. 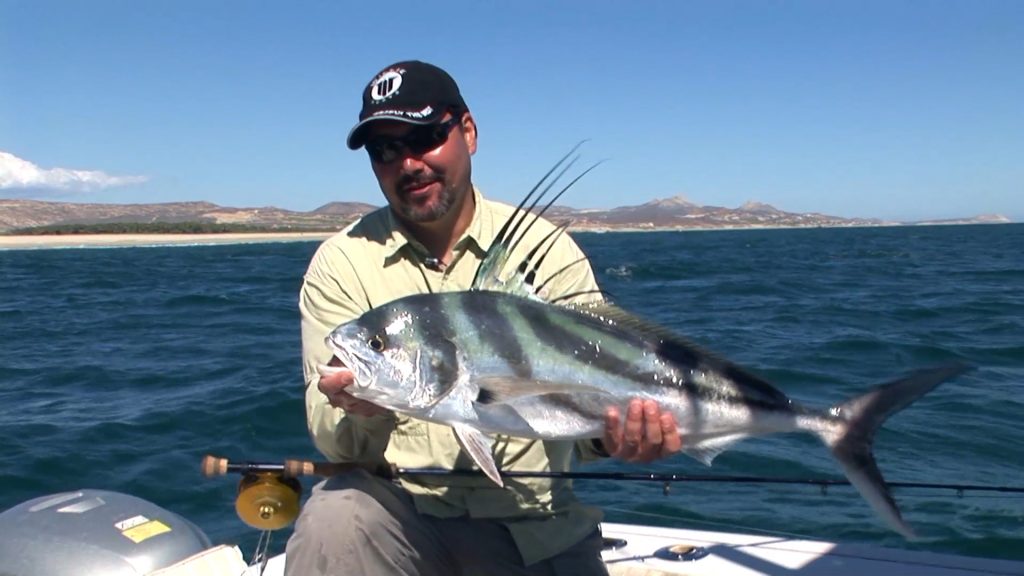 How optimistic are you are about us being able to safeguard the future of angling for future generations?

Well I’ll have to tell you, I am concerned. I see the results of poor fishery management in my own back yard here in Oregon, in the Pacific North Western part of the United States. Our fishing seasons continue to shrink and our catches decline with each season. If we, the avid and seasoned fishermen, can’t experience a reasonable season of fishing, how can we expect the next generation of anglers to get engaged, develop a passion for the sport, and fight for protecting the fish? That being said, newer public platforms, like social media, streaming services like FishingTV, and other shows are starting to tell the stories of the decline of our fish and their habitats. Unfortunately, most people don’t think about the decline of our fish and our fisheries. These are the same people (the non-fishing public) who hold the voting numbers and are key to driving legislative and policy changes that can protect our fisheries. We need the average person to not only care about the endangered fish that we all care about, but also to care about the forage base of small fish that they feed on, and the food web these fish also depend on- all of these fish matter and all of them to be protected. The extinction rebellion is an example of the public mobilizing to take action- instead of just standing idly by while we experience the largest extinction events in modern history. We need to find ways to link the youth of tomorrow to our fish in order to save our fish populations. I was very pleased to receive a thank you letter and picture from a teacher who used our show as an exemplar of fish conservation and sustainability. This teacher used our show to teach her class about conservation and stewardship. That makes me optimistic. 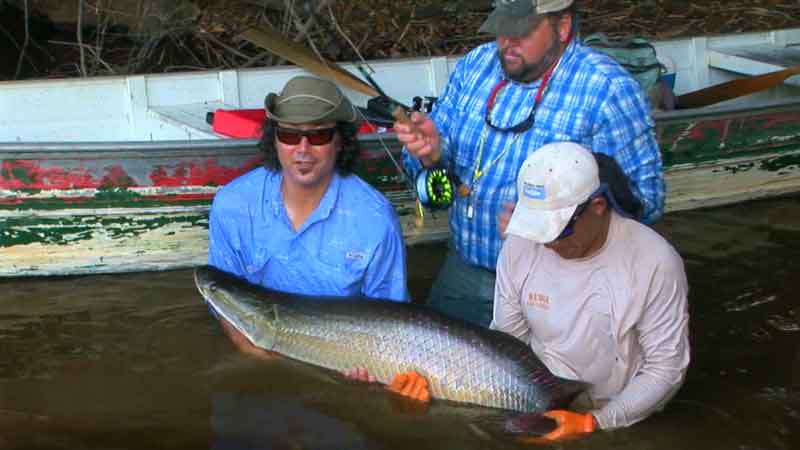 Well in the first season we had some epic days on the water. I would have to say my favourite moment was in episode 7, in Guyana, fishing for Arapaima. We were struggling to hook a fish all day and finally spotted one in the shallows. We positioned ourselves in deeper water and I cast to the fish. It started to chase the fly and suddenly two more fish came out of the deeper water and cut him off. One of the two fish bit the fly but didn’t get hooked, the second fish ate the fly then was hooked. That all happened in a span of about 10 seconds and I’ll never forget that moment. Unfortunately the hooked fish was so close to the boat that when it ate the fly I wasn’t able to set the hook properly so…it was the fish that got away! Regardless, I’m very proud of that show as we filmed it in a very short period of time, i.e. just a few days of fishing, and it also received an Emmy nomination. Anytime a 10 foot fish jumps out of the water attached to your line, that is a great moment. 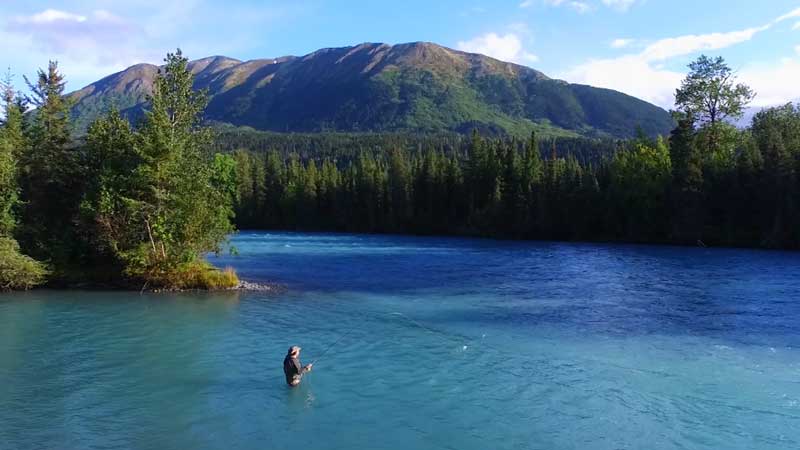 If you could have your choice of any guest to appear on the show at all, who would it be and why?

Boy that’s a tough one. There are, and have been, so many great anglers to choose from. I would say if we had a time machine I would like to go back and fish with Zane Gray. I grew up reading his “Tales of Fishes” series of books and always dreamed of fishing exotic unexplored waters for big game fish. His adventures occurred in the era when fishing required that you to dry out your linen lines every day after fishing or risk a break off from line rot. A lot of what he did was ground breaking. Furthermore, his rivalry with Ernest Hemmingway (who would also be in the top three for me) propelled both men to break many of the barriers that existed in fishing at that time. 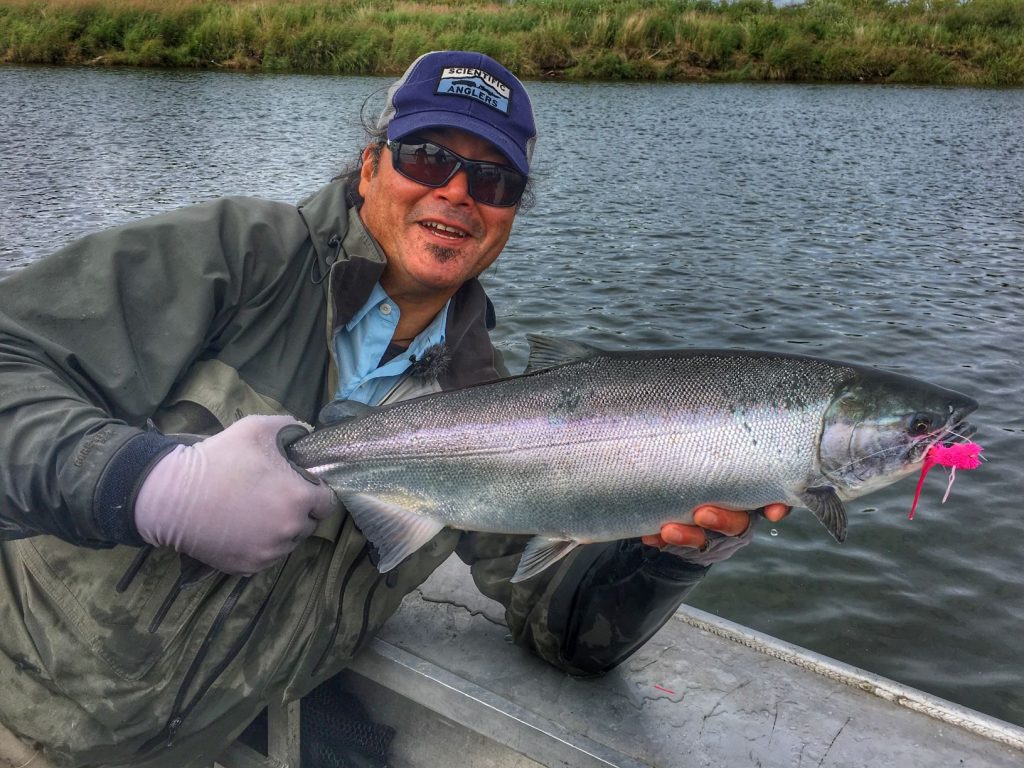 What fishing ambitions do you still have? Places to go, species to catch?

I don’t think I will ever be able to realistically achieve my fishing ambitions. They span from catching a giant permit on a fly to landing a grander Marlin (over 1,000lbs) on stand up gear. But it’s not all about size. I believe you really test yourself and your skills when the fish has the advantage. Usually this means fly gear or light tackle and fish that are hard to hook and/or land. That combination, fly fishing and challenging fish to hook, will always mean that I will never run out of species to chase. Regarding places to go, there are unique environments that also have incredible fish- like the Congo with its Giant Tigerfish. I would love to catch a Giant Tigerfish on fly gear. Unfortunately, the political environment there is too unstable and it would not be prudent to travel there solely to try and fly fish for Giant Tigerfish. Maybe, one day it will be possible and I hope a time will come when I can give that one a try. I’ve been lucky to be able to fish with a cast of incredible guides on the show and I hope to meet more incredible people in the fishing world as time goes on. My favourite thing about doing the show are the like-minded people you meet. I hope that never ends. 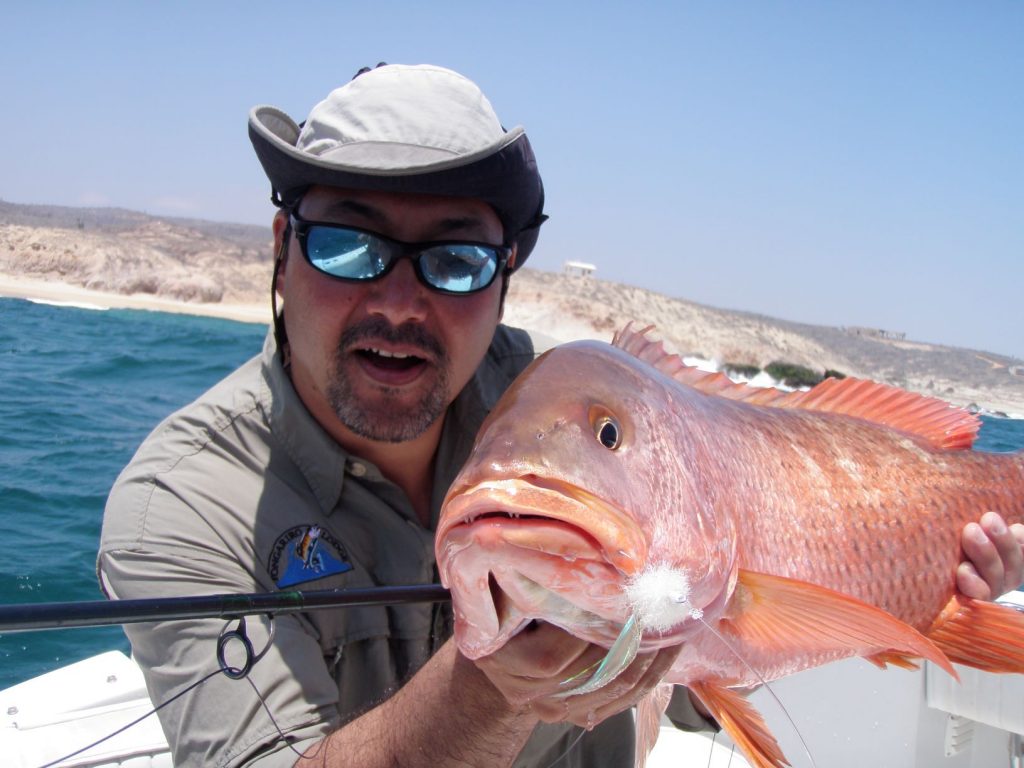 I’m very excited for Season 2. There will be even more incredible fish and their stories. We fish in Montana for Brown trout, Chesapeake Bay for Striped Bass, South Carolina for Redfish, Alaska for Silver Salmon (we end up catching all five species of Salmon in a day), Oregon for Spring Chinook salmon and Eastern Canada for Wild Atlantic Salmon and more. We’ll also cover important topics like the Pebble Mine in Alaska, removing commercial gillnets from the Columbia River and others. If you enjoy season 1 of the show, season two will not disappoint!