Later this week sees the launch of ‘Avington’, a feature documentary about the now legendary trout fishery in Hampshire UK, famed for breeding huge trout. We spoke to Gerry Pomeroy, the film’s director, about the film and how he came to make it. 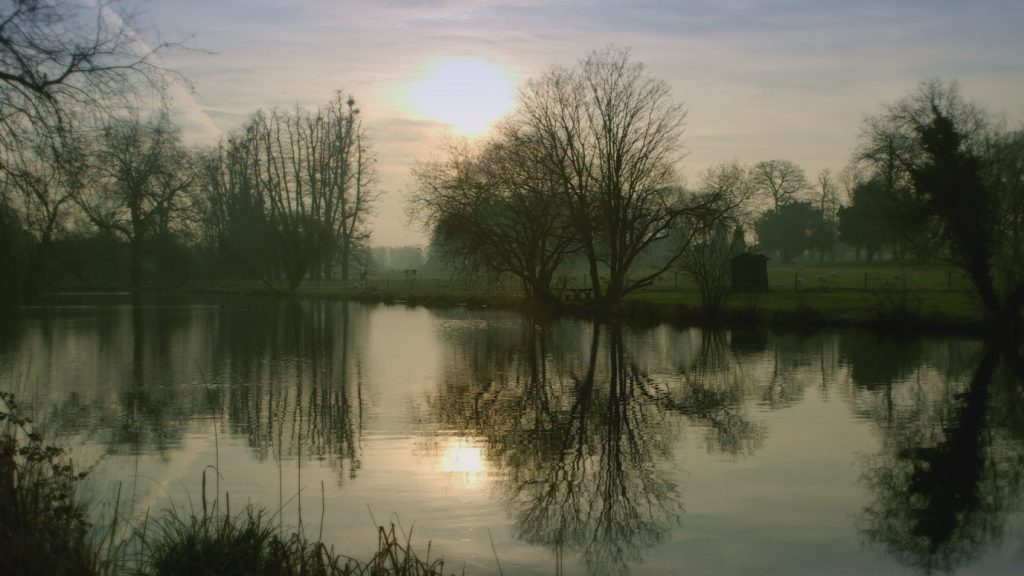 We really enjoyed the film Gerry, what inspired you to make a film about Avington?

As a keen fly angler, Avington Trout Fishery was always on my radar. I had read the incredible story of how Sam Holland, a former NASA scientist, had created Avington from a smelly swamp in the late 60s, and began producing very large rainbow and brown trout, which proved to be revolutionary in this country. It was also one of the earliest small water trout fisheries in the UK, which gave many anglers their very first chance to catch a trout on the fly.

When I finally found the time to fish there in 2009, I was immediately taken by the sheer beauty of the three lakes, the gin clear water, and the quality of their trout. The more I got to know Avington, the staff and the anglers, the more I wanted to make a documentary film which told the history of this very special place. 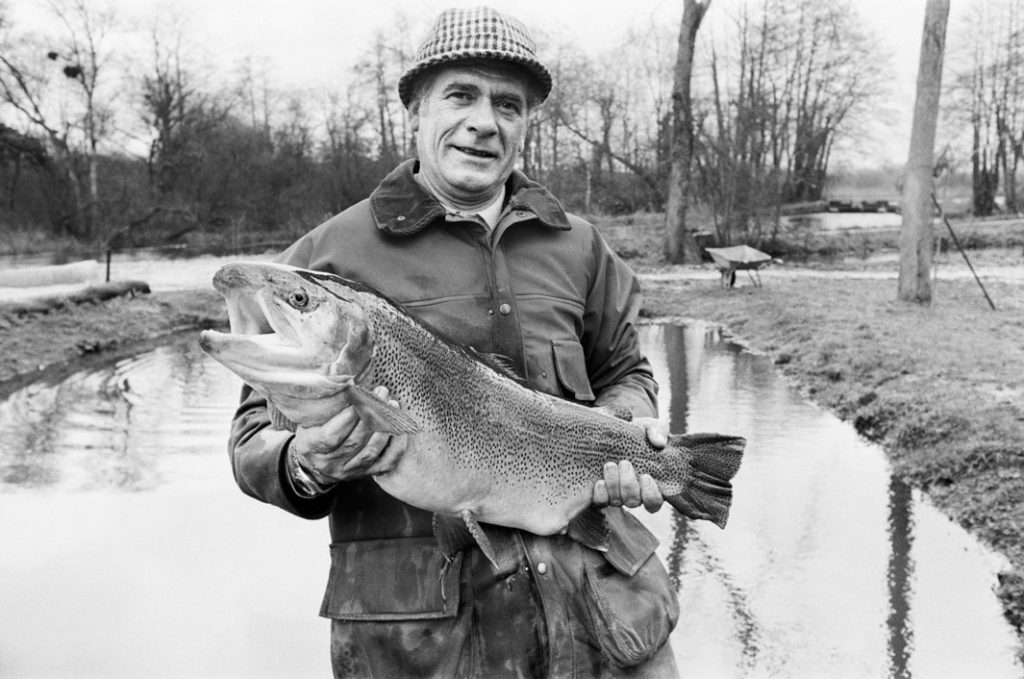 Founder of Avington, Sam Holland with one of his early super trout

How many days filming did you do there, and how long did it take someone to catch one of Avington’s whoppers?

We began filming at the end of 2013 and averaged about three days a year until 2018.  This was due to the fact that we were all busy on other projects too, but it certainly worked in our favour, as we were able to capture the changing of the seasons and some major transformations that took place at Avington during this period. 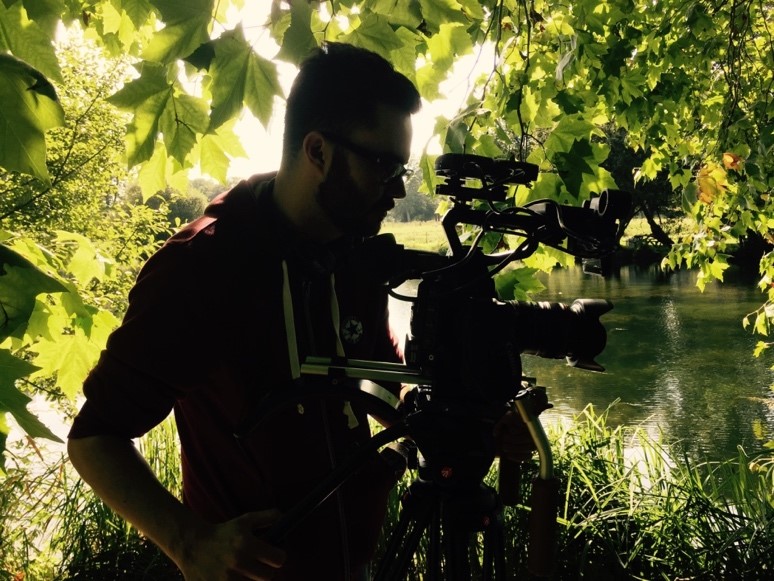 Getting into position for some stalking

Regarding catching the big ones, there is a misconception that because the trout are reared at the fishery and stocked on a daily basis, they are all very easy to catch.  Sometimes they are, but in our experience, filming anglers trying to get a big one for the camera, proved more difficult than expected.  We had several blank days, and even when one was hooked, it didn’t mean that it would eventually end up in the net. However, when we filmed the celebrated angling writer, Peter Cockwill, who’s been fishing at Avington for over forty years, he was able to show us how it was done by stalking and catching a large rainbow in under thirty minutes. 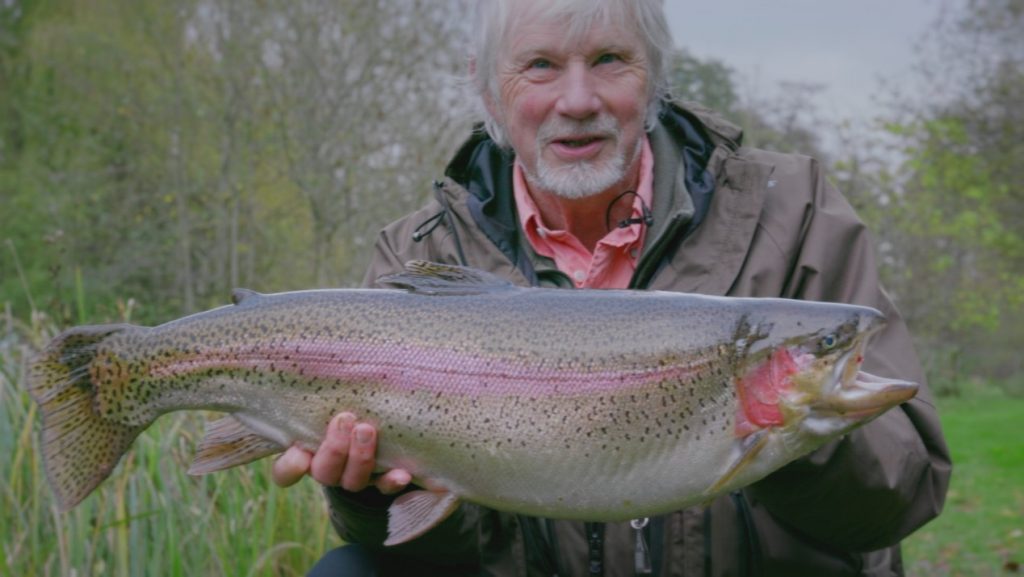 What was the most memorable day’s filming?

We had many wonderful days filming with all our contributors, but I think probably the most memorable day was with Mike Standen and his daughter Kayleigh. Mike, a very experienced Avington angler, was determined to catch the big one for the camera and Kaleigh was too.  I won’t give the game away, but it was fireworks!! 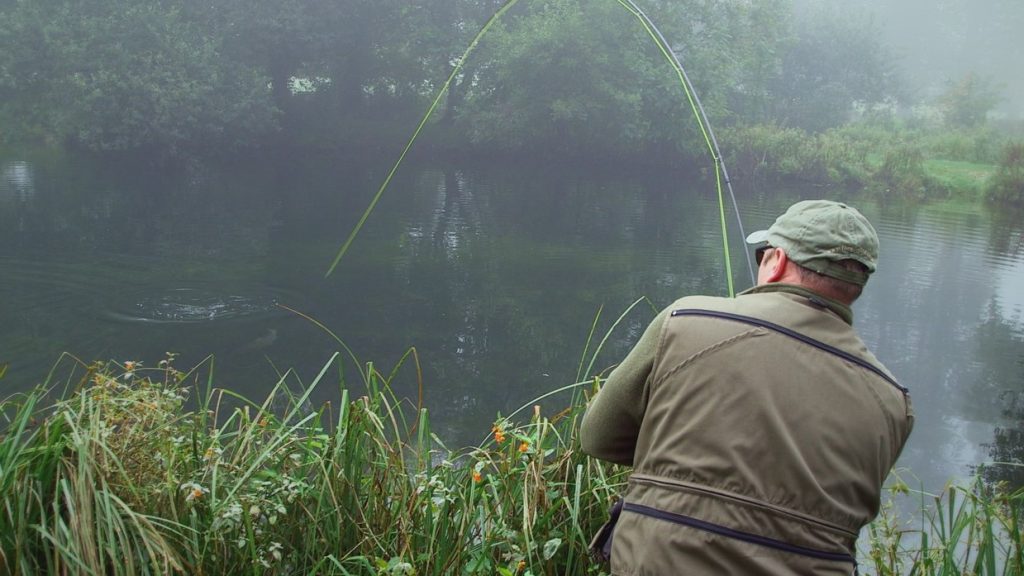 There are some nice underwater sequences in the film, how hard was it to get them?

We used GoPro cameras attached to long poles and a monitor. So, one of us would lie stretched out on the ground holding the pole underwater, the other would direct the movement of the camera by seeing where the fish were on the screen. Some days it worked a dream, the light was right, the fish behaved, and we got some great material. 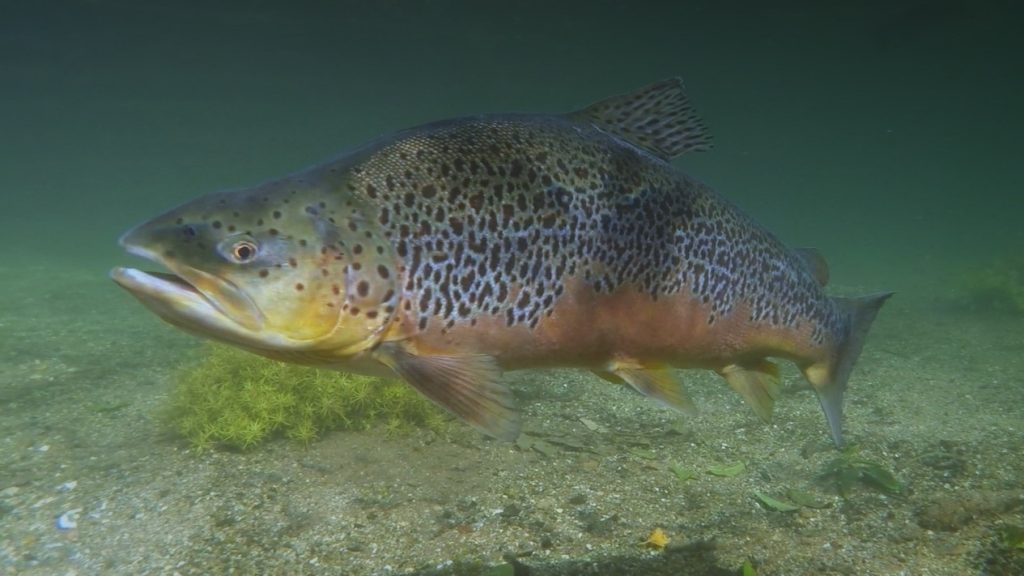 Other times, it was a nightmare. The weather changed as soon as we were ready to shoot, it either rained or the wind picked up, the sun went in, and we lost the beautiful underwater rays. Or the fish were very spooky, so that any movement of the pole sent them flying, especially the grayling in the shallow waters of the carrier stream. The perch, on the other hand, which we were not filming, liked to swim up and investigate the camera lens I’m happy to say, as they are very beautiful fish. 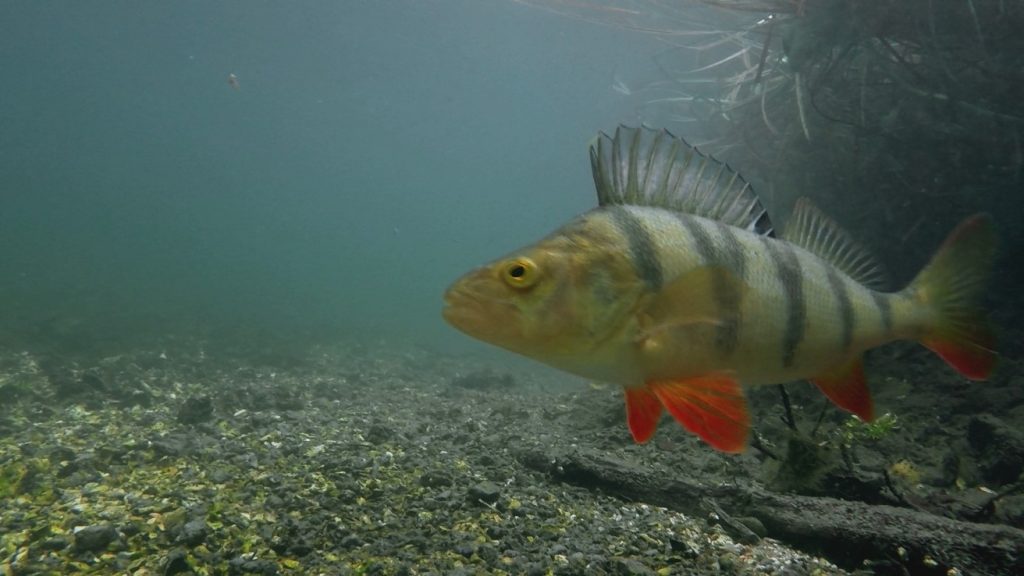 I know you’re a keen fly angler yourself, Gerry.  Where else do you like to fly fish…apart from Avington?

I like to fish for trout and grayling on rivers like the Avon, Test and the Itchen, but my true passion is catching salmon on the fly, in Northumberland, Ireland and Scotland. Everything is on a much bigger scale, the wild rugged places, the fast-flowing rivers, the sight of the salmon leaping, and the electrifying moment when one takes your fly. Simply irresistible! 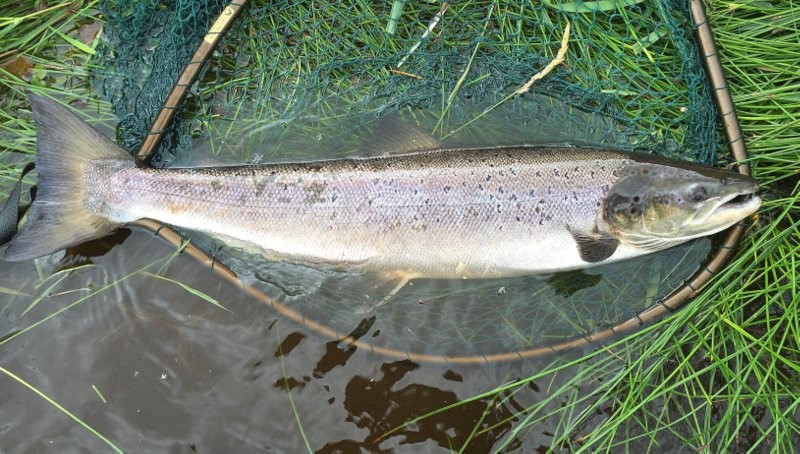 You’ve been making TV programs for years, but I believe this is your first fishing production. Any plans to do anymore?

I’ve really enjoyed making Avington, and I’m now working on a film idea about salmon fishing, but my next documentary is about an artist… 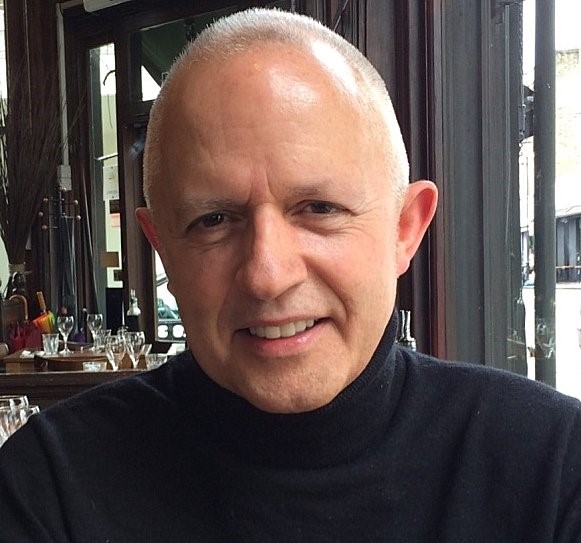