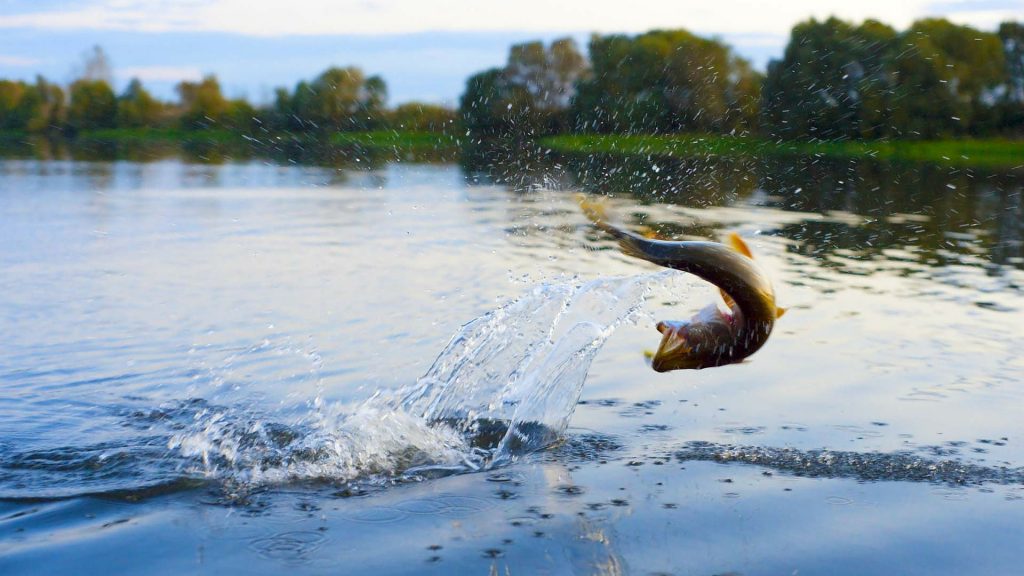 If you have seen the superb Beneath the Waterline film, you’ll know that wildlife filmmaker Jack Perks is amazingly passionate about all of the UK’s aquatic life. Inspired by campaigns like the search for Britain’s national bird a few years ago and the annual Eurpean Tree of the Year vote, Jack has decided to hold a public vote to determine which is the UK’s favourite fish.

With over 400 species native to the UK, Jack and his team of helpers – including scientists, conservationists and anglers – initially narrowed the field to 40, and the initial phase of voting narrowed that down to just ten.

At FishingTV we are thrilled to lend our voice to Jack’s in helping to raise awareness of the amazing fish species that live in our lakes, rivers, streams, canals and seas. In particular, we’d like to encourage you to vote for one of the most misunderstood fish in our waters, the Pike (Esox lucius).

For many centuries this aggressive, predatory species, sometimes known as the water wolf, had a bad reputation amongst angers. Their fearsome reputation as ravenous hunters of other species prized by anglers meant that anyone who caught a pike would likely kill it.

These days, however, we understand the ecology and the part played by predators like pike in maintaining nature’s delicate balance, and catch and release is more common. Although there is a history of people eating pike, the large number of bones makes other species more popular.

What’s more, anglers started to take note of pike as a legitimate quarry. The fish’s ambush attacks, strength and size (they can grow to 40lb) make for spectacular takes and determined fights. Although traditionally targeted by coarse anglers using spinners and other lures, but recently the species has caught the attention of fly fishers as well.

We’ve got loads of pike fishing films, from the Pike Secrets series to a passionate look at the anglers who target the pike’s American cousin, the Musky. There’s also a close look at the lifecycle of the pike in Lair of the Waterwolf, which has an accompanying ‘Making of’ video. We’ve also put together a special playlist of some of the very best pike fishing content in our library.

Pike are found in all UK freshwaters – rivers, canals, lakes, reservoirs – so there are plenty of opportunities to encounter the species. They spawn in the spring in the shallows and weedy areas, and can often be found lurking in an ambush spot waiting an unsuspecting fish to swim past. When one does, the pike launches itself forward in a flash and snares it between its powerful jaws and sharp, backward pointing teeth. As well as smaller fish, pike will also take frogs, insects, leeches, but also small mammals and birds.

We think that the pike would make a fine National Fish – just like we Brits, its often misunderstood, and is known around the world for scary teeth – however, as an apex predator, the pinnacle of evolution, we also think it deserves a bit of the limelight, ahead of some of the more glamorous species.

Not only do we want you to vote for Esox, but we’d also recommend that you head out and try to catch yourself one too.

Care for your catch

If you’re planning just that, here’s some advice to make sure that your fishing is sustainable. Pike are delicate creatures and should be looked after.