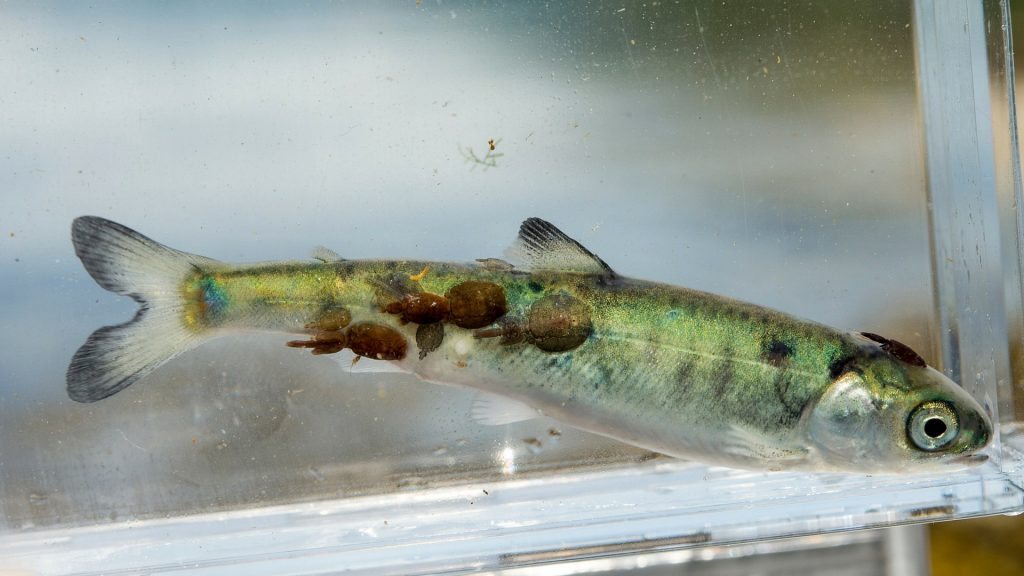 How sustainable is salmon farming?

Sometimes we at FishingTV come across a film that we feel that everyone needs to see, no matter whether they’re an angler or not. Last week we uploaded one that without doubt falls into that category.

Salmon Confidential is an in depth documentary looking at the plight of wild salmon in British Columbia’s rivers, whose numbers have taken a massive tumble in recent years. The film focuses on the pioneering and tenacious work that biologist Alexandra Morton has undertaken over many years to find out what caused the decline.

Her work has identified a number of biological causes – diseases and parasites – that have been decimating the pacific salmon runs in Canada. However, it was her conclusion as to the source of these pathogens that caused controversy.

Morton identified the explosion in salmon farms in the region as the cause of the problem. The science seems to be unequivocal. The high concentration of salmon in the farm cages, plus the transport of infected Atlantic Salmon eggs around the world, encourages the spread and mutation of diseases like ISA and Piscine Retrovirus, and parasites like sealice among the farmed fish. However, although the nets of the farms prevent the fish from escaping (most of the time), there’s little that can be done to stem the tide of viruses and bacteria and parasites flowing from the farms.

The news that farmed salmon – which has been strongly marketed as a sustainable resource – is actually killing wild fish may come as a surprise to many outside the angling community, and maybe even to many fishermen and women. What will come as a bigger shock is the attitude taken by the salmon farming industry and the Canadian government towards Morton’s work.

To say that they are reluctant to acknowledge the problem is an understatement. Both groups appear systematically to have tried to silence her, and to have sought to discredit her work, as well as make it hard for her to carry out her research at all, for example by preventing her from using government labs to test samples and refusing to allow her to test farmed fish for diseases.

To fully appreciate how strong the evidence is, and how hard Morton has had to work to gather it, you really must watch the film. It is free to watch on FishingTV.

The speed at which these diseases can mutate and spread means that wild populations the world over are at risk. Given the strength and wealth of the aquaculture lobby, and the apparent unwillingness of governments, the world over to legislate to protect wild salmon stocks, we feel that we must help to spread the world about Morton’s work and her campaign to boycott farmed salmon, and add our voice to hers. Since the film’s initial release in 2013 Morton has continued to campaign, while Norwegian campaigners are having more success

Communities around the world – from First Nations in Canada to remote Scottish villages – rely on salmon for their livelihoods and survival, as do a huge number of iconic species – grizzly bears, orcas, seals – and we have a duty to protect these amazing fish from extinction brought about by greed.

Everywhere that salmon farms operate, wild salmon have gone into decline. If government and business won’t listen to science then we, like Alexandra Morton, must go to the source of the problem. That source is demand. If the demand goes, so will the farms. As anglers we can boycott farmed salmon by asking restaurants and shops how their salmon is produced before buying. We can watch the film and show it to our friends and families, and share this blog.

We at FishingTV understand how passionate angers around the world are about protecting the species they target – we’re fishermen ourselves – and how powerful our voices can be when we come together.

To this end we will shortly be launching a new channel dedicated to highlighting the challenges facing wild fish populations and habitats around the world, the people working to safeguard them, and the great good that is done by fishermen and women.