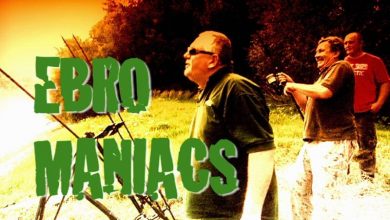 A mad, manic adventure to Spain’s legendary River Ebro in the company of two of England’s best specimen anglers.

Ian ‘Chilly’ Chillcott is desperate to catch his first 100lb catfish and he thinks he can beat it on his normal carp tackle. Mark has been here before and after a bit of a travel disaster he is more interested in catching his first 30lb common carp.

There are huge, hard-fighting fish and laughs galore in the company of the local guides, and the boys also find time to go after the region’s barbel and zander.
Subscribe to watch 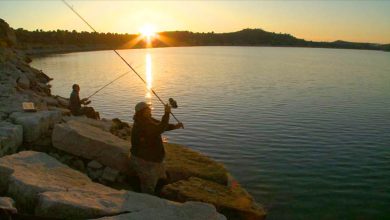 video
Mequinenza Mayhem!
38:34
Carp and Zander are the target in this episode of Ebro Maniacs, as Ian Chillcott and Mark Barrett head for the Mequinenza region of the River Ebro in Spain. To begin the final day of their incredible trip, Mark educates Chilly on the history of how the Catfish came to dominate the river. After having a crack at his first ever Zander, the group cast out a few Carp rods from the bank and tell some good old fashioned, most likely exaggerated fisherman’s tales back at the campfire. After the trip of a lifetime, this episode makes for the perfect closer. 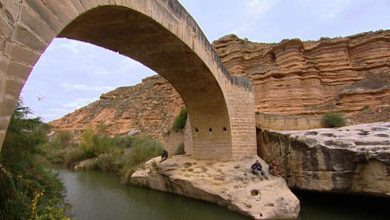 video
Ebro Valley Adventure
30:49
Ian Chillcott and Mark Barrett stray from the beaten path in this episode of Ebro Maniacs, as they fish the backwater rivers and tributaries of the River Ebro for Spanish Barbel and Carp. Taking a break from the massive Catfish that the Ebro is known for, the crew head for the beautiful Guadalope River for some more intimate sport. After catching small fish on floats and lures, Ian spots some bigger specimens in a tiny, shallow stream nearby and tries his hand at stalking, yielding some explosive action. This episode proves the Ebro has even more to offer than you might think. 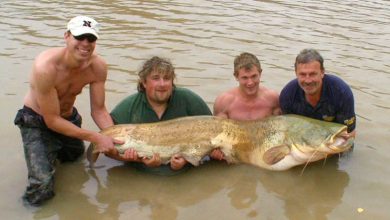 video
The Widow Maker
37:45
In this episode of Ebro Maniacs, Ian Chillcott is back on River Ebro near Caspe in Spain, this time joined by Mark Barrett, as they go fishing for huge Wels Catfish and Carp. Guided by local experts from Catfish Capers, the pair start by taking a look at the heavy-duty tackle needed to handle these creatures. While everyone encounters fish, it’s Mark that has the session of a lifetime. After landing one of the biggest Catfish of his career, Mark tries to double up and take a shot at his first 30-pound carp. This episode showcases the sheer size and quantity of fish that make the Ebro the ultimate fishing destination. 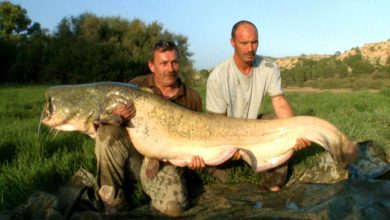 video
Chilly Meets His Match
31:00
Ian ‘Chilly’ Chillcott is chasing monsters in this episode of Ebro Maniacs, as he goes fishing for huge Wels Catfish in Spain. Not only are these fish the biggest freshwater species in Europe, growing in excess of two hundred pounds, but the Ebro is considered the ultimate destination to catch them. With this thought in his mind, an excited Ian casts out near the city of Caspe, joined by the Catfish experts from Catfish Capers Holidays. After a few smaller species find the bait, Ian gets a chance to land one of the biggest freshwater fish of his life, making for the trip of a lifetime.

Brilliant viewing, especially when we are all suffering from cabin fever and waiting for "THAT" time to get the gear wet again.