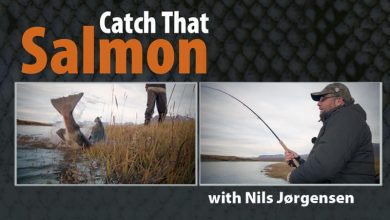 For many the Atlantic Salmon is the ultimate fly fishing quarry, and that might be, in part at least, down the the fact that the reasons a salmon takes a fly remain mysterious. Despite this, there are some tried and tested techniques that seem to work all over the world.

Nils Jørgensen, a Danish fisherman now living in Iceland, talks us through some of his preferred methods. His deep knowledge of the habits and quirks of salmon behaviour, coulped with his clear explanations of the movement of the fly in the water make for an engaging and informative series. Filmed in Iceland's clear waters, we get to see what Nils is describing, which sets this apart from other instructional films. 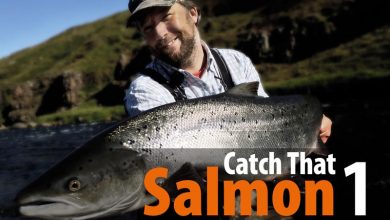 video
Catch That Salmon 1
(1)
54:20
The movie is recorded in Iceland, which has some of the best atlantic salmon rivers in the World. From tiny fast flowing canyon rivers to slow and wide streams. Nils fishes their entire season every year, from the beginning to the end as a real salmon bum. The camera has joined Nils on a number of these trips to very different rivers. He shares his knowledge and we’ll see him catch numerous salmon. An instructive movie about strategy, techniques, flies and the tackle to use in very different conditions. All together experiences and knowledge that can be used no matter where in the World you fish for atlantic salmon. 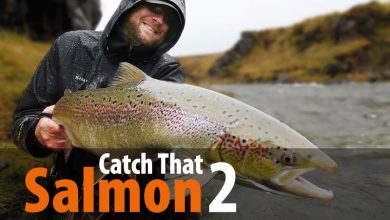 video
Catch That Salmon 2
(3)
48:31
Once again we join Nils Jørgensen in Iceland, but late in the season, where the salmon have migrated far up the rivers. Late season requires a different set of eyes on the river. Nils Jørgensen will share his knowledge on where to find the salmon, flies, tackle and fishing techniques. All the time, adapting technique, tackle and choice of fly to the exact conditions and situation facing you is important. And Nils Jorgensen is a master at this. The camera will follow Nils on a number of fishing trips, where he tells about his fishing, and we join him up close in dramatic fights with big salmon. This is an instructive movie about strategy, fishing technique and tackle under different conditions. Experiences and knowledge that can be used where ever in the world you fish for Atlantic Salmon.