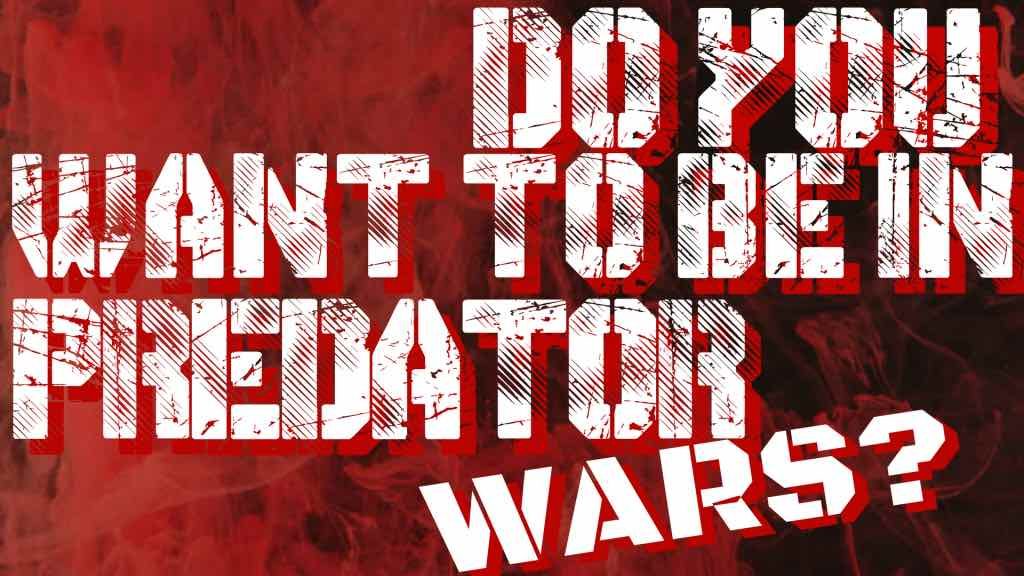 You could appear in Predator Wars

We are seeking an enthusiastic amateur predator angler to complete the line-up for a new fishing show. We’re taking the Carp Wars concept and moving it into the predator fishing world.

Predator Wars, like Carp Wars, will also pit some of the best anglers in Europe against one another in a series of round-robin matches before the top two go through to a grand final. Taking part in this series are:

Ant Glascoe Jr – a professional angling consultant and predator specialist with a penchant for kebabs and rock music.

Jonny Stephenson – professional predator fishing guide who specialises in stalking the Norfolk broads on his kayak.

Babs Kijewski – perhaps Germany’s most famous angler; an all-round-er with a passion for predator fishing, she’s appeared in numerous fishing shows over the years and will be a familiar face to many.

Matt Boast – a competition predator angler who travels the UK and the rest of the world seeking out new fishing experiences and putting his skills to the test against the rest.

Jo Stephenson – semi-finalist in the BBC’s Earth’s Wildest Waters – The Big Fish, and, coincidentally, husband of Jonny. She’s particularly keen on fly-fishing for predators, and ties her own flies for just such a purpose, but is a confident all-rounder.

AN Other – As in Carp Wars, FishingTV will be holding a competition to find the 6th angler, someone with a passion but for whom fishing is not a career. Hopefuls should record a short (2 – 5 minutes) video of themselves, explaining why they would be right for the last place. FishingTV are looking for someone with screen presence as well as solid predator angling skills – enough to take on some of the biggest names in the sport as well as the meanest fish.

The chosen angler will join the big guns in a 15-match round-robin competition, with the anglers fishing head-to-head matches on a variety of venues around the UK, from reservoirs and drainage channels to Broads and rivers, targeting the fiercest freshwater fish in the UK: pike, zander and perch.

So if you fancy yourself as the next Jeremy Wade, record a short video and send it to [email protected] using wetransfer.com. We’re not worried about your video-making skills – what we’re interested in is

Please note that the last place in the competition is only open to amateur anglers – if you’re making a living in the fishing world you won’t be considered.